What is an autoclave?

Autoclaves are also known as steam sterilizers, and are typically used for healthcare or industrial applications. An autoclave is a machine that uses steam under pressure to kill harmful bacteria, viruses, fungi, and spores on items that are placed inside a pressure vessel. The items are heated to an appropriate sterilization temperature for a given amount of time. The moisture in the steam efficiently transfers heat to the items to destroy the protein structure of the bacteria and spores.

In healthcare, the term "autoclave" is typically used as the nomenclature to describe a Steam Sterilizer. ANSI/AAMI4, which provide standards and guidelines for the processing of medical devices, refers to autoclaves for healthcare specifically as Steam Sterilizers.

Who invented the autoclave machine? 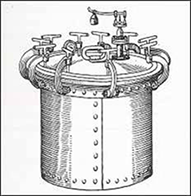 The steam digester, a prototype of the autoclave that is better known now as a pressure cooker, was invented by French-born physicist Denis Papin in 1679.1 It wasn't until 1879 that the French microbiologist Charles Chamberland created a new version called the autoclave to be used in medical applications.

The science of disinfection and sterilization began in 1881 with the research of Robert Koch on the disinfecting properties of steam and hot air. He demonstrated the greater power of penetration exhibited by moist heat (steam) compared to dry heat. Finally, in 1933 modern autoclave technology was introduced with the first pressure steam sterilizer that controlled performance by measuring the temperature in the chamber drain line (thermostatic trap). Prior to this date, pressure was the sole indication of control with no means to verify temperature or air elimination.

Over time, new autoclave technology has been developed including pre-vacuum cycles in 1958, and steam-flush pressure-pulse in 1987 allowing the science to evolve into the autoclaves, or steam sterilizers, used in hospitals today.

How does an autoclave work?

Autoclaves are commonly used in healthcare settings to sterilize medical devices. The items to be sterilized are placed inside a pressure vessel, commonly referred to as the chamber. Three factors are critical to ensuring successful steam sterilization in an autoclave: time, temperature and steam quality.

To meet these requirements there are three phases to the autoclave process:

What is the autoclave temperature range?

Commonly recommended temperatures for steam sterilization are 250° F (121° C), 270°F (132°C) or 275°F (135° C). To kill any microorganisms present, the items being sterilized must be exposed to these temperatures for the minimum time recommended by the manufacturer of the device being processed.

What is the autoclave cycle time frame?

The exposure time is the time necessary to sterilize the device and does not include the entire cycle time. There is a time/temperature relationship for proper steam sterilization which has been developed by scientific testing and is used in all sterilization methods to create what is known as the total exposure phase. Exposure periods for steam sterilization vary with size, shape, weight, density and material composition of the device being sterilized, among other factors.

How big is an autoclave?

Industrial sized autoclaves for manufacturing processes can be very large, some comparable to the size of a semi-truck or airplane.

Devices must be compatible with the autoclave process. Autoclavable items must be compatible with conditions of high heat and moisture and should be processed per the manufacturer's written instructions for use. Medical devices that have contact with sterile body tissues or fluids are considered critical items. These items may include surgical instruments, implanted medical devices and surgical drapes and linens. These items should be sterile when used because any microbial contamination could result in infection transmission. Steam is often the sterilant of choice for sterilization of heat and moisture stable items because it is reliable, consistent, and lethal to microorganisms while being safe for staff who operates the autoclave.2

How much does an autoclave cost?

The costs of an autoclave can vary greatly because of the various uses and applications of this technology. Industrial and pharmaceutical autoclaves are customized and manufactured for a specific use and therefore costs are likely to differ compared to autoclaves you find in a hospital or dental office.

In healthcare applications, the costs of an autoclave can range by capacity and installation method. Beyond the initial cost of the autoclave, the maintenance and cost of sterility assurance and monitoring products should be considered. Depending on the autoclave manufacturer, the costs per cycle, utility consumption and maintenance costs could vary over time and should be evaluated to compare your total-cost-of-ownership over time.

Autoclaves may be used in a variety of industrial and medical applications. Industrial autoclaves are used in manufacturing environments to process parts and materials using heated steam and pressure: for example, in the manufacturing of pressure treated woods and specialized rubbers used in the tires of your car. Autoclaves are also used in the scientific research and pharmaceutical industries – beyond sterilizing equipment used in laboratory research most autoclaves come equipped with a liquid cycle to sterilize liquids used in laboratory environments. 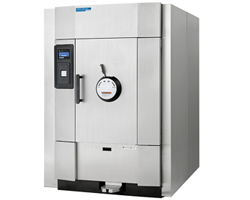 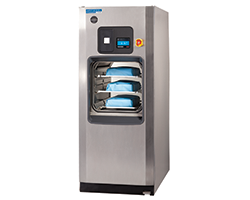 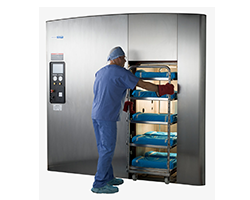 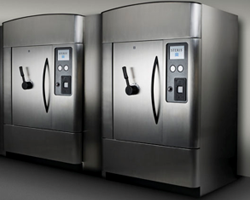 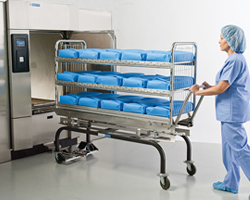 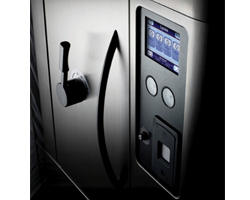