Surgical Smoke Evacuation Systems In The OR | Knowledge Center

Surgical Smoke Evacuation In The OR: Design, Implementation & Policy 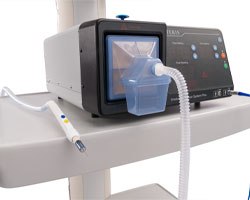 Until the past few years, policies for smoke evacuation in the operating room have been left up to the discretion of the healthcare facility. That appears to be changing with several states either enacting or proposing surgical smoke regulations requiring operating room (OR) environments to be smoke-free for the benefit of patient and staff safety. The Association of periOperative Registered Nurses (AORN) has also released its guidelines for smoke evacuation. To help prevent the risk of surgical smoke, healthcare facilities can use highly effective devices that are easily implemented.

In this article, you will learn:

What is surgical smoke?

Surgical smoke, or surgical plume, can be described as the vaporization of substances (e.g., tissue, fluid, and blood) into a gaseous form. Surgical smoke can contain toxic compounds, bioaerosols, and live or dead cellular material, including viruses and bacteria. The smoke is comprised of 95% water and 5% other particulates, gases, and microorganisms. Though the water vapor is not harmful, it acts as a carrier for the hazardous chemicals in surgical smoke.

Surgical smoke is produced by using lasers and electrosurgical units (ESUs). The smoke is a byproduct of human tissue contact with mechanical, heat-producing medical devices, such as electro-surgery knives, commonly used for dissection and hemostasis. The harmful effects of surgical smoke and its dangerous contaminants are well documented and impact both patients and staff.1

Why is Surgical Smoke Harmful?

Make Your OR Smoke-Free with the STERIS Smoke Evacuation System

What is surgical smoke evacuation? 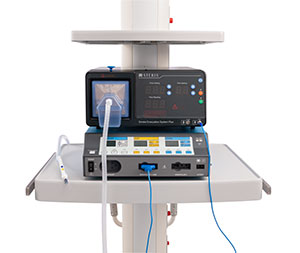 Surgical smoke evacuation is the act of removing the plume caused by lasers and ESUs during a procedure. A common misconception is that implementing smoke evacuation will involve construction to redesign the room or even an HVAC overhaul, but this is not the case. OR teams can use a smoke evacuator in surgery to capture the plume at the incision site and help prevent it from remaining in the patient or being inhaled by staff members. A high-flow vacuum generates suction to collect the smoke while a filter removes the harmful particles and traps fluids within the smoke evacuation unit. The devices can be portable on a cart or even standalone when placed on a surgical boom. These devices can be more effective at removing surgical smoke than other methods of protection.

Why is smoke evacuation in the OR important?

More than 500,000 workers are exposed to surgical smoke yearly, even with available ventilation.3 This places tremendous importance on hospitals to offer their OR staff devices to protect against the hazards of surgical smoke, increase safety, and improve the staff experience.

According to AORN, the average daily impact of surgical smoke on an OR team is equivalent to inhaling the smoke of 27-30 unfiltered cigarettes.

Surgical smoke contains carcinogenic and mutagenic cells and can include over 150 hazardous chemicals, including all 16 U.S. EPA Priority Pollutant PAHs.1 Other noninfectious hazards include ocular irritation that hinders the surgeon’s view of the surgical site, noxious odors, respiratory hazards from smoke inhalation, and other side effects such as nausea, headache, dizziness, or lightheadedness.

Studies have identified the presence of bacteria, HPV, and viable malignant cells in surgical smoke, reflecting the importance of smoke evacuation and respiratory protection. Viable bacteria and viruses have been demonstrated on electrosurgical electrodes, proving that the electrical discharge does not sterilize the electrode and is capable of creating an aerosol of blood and tissue droplets that can transfer infectious agents.2

What is the most effective way to control surgical smoke?

While other methods of respiratory protection, such as a HEPA respirator (N95) mask and exhaust ventilation in the OR, are often in place, a more effective way of controlling surgical smoke is through the use of a smoke evacuator. A 2011 survey4 of healthcare workers by the National Institute for Occupational Safety and Health (NIOSH) found that laparoscopic and open procedures often lacked local exhaust ventilation (LEV) to remove surgical smoke directly at its source. The results showed that only 47% of the respondents reported always using LEV during laser surgery, and even fewer, 14%, always used LEV during electrosurgery.3

NIOSH recommended that smoke evacuation be used in addition to general room ventilation to control smoke emission better, preventing it from reaching the breathing zone of healthcare workers and patients and reducing the workers’ exposure. Smoke evacuation systems collect and filter the plume from electrosurgical or laser procedures at the surgical site, providing a safer working environment for the surgical team and care environment for the patient. There are smoke evacuators available that can help prevent overinflation of the peritoneum with carbon dioxide (CO2). At the end of the procedure, these smoke evacuators can be set to gently remove the gas from the abdominal cavity, decreasing the recovery time for the patient. 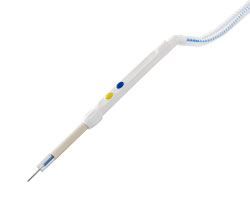 Filtering capability and suction power play a significant factor in the effectiveness of the system. The combination of a hydrophobic, Ultra-low Particulate Air (ULPA) filter and a coconut charcoal filter provides the best filtration2 of plumes. The charcoal filter removes unpleasant odors and toxic gases, while the ULPA filter retains ultrafine particles as small as 0.03 microns from the smoke. Some systems have a ULPA filter with a built-in fluid trap that prevents aerosols and fluids from passing through the filter. 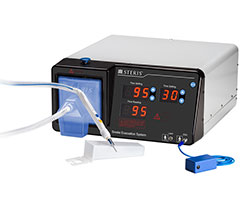 The types of smoke evacuators that tend to be preferred by OR teams possess a high-flow vacuum but emit a low sound level while in operation to minimize noise distractions during surgery and allow OR teams to communicate without interference. Regardless of how easy they can be to use, implementing the use of a smoke evacuation system as part of the procedural policy may be an addition to what OR staff are accustomed to doing. Working with a quieter, integrated smoke evacuator solution presents fewer differences for the OR team, making introducing this safety technology more seamless.

Over the past five years, there has been a concerted effort by surgical teams and nursing associations to lobby for surgical smoke legislation. AORN’s recently published guidelines were a step above a previous recommendation and have spurred more states to propose new smoke evacuation laws.

As of 2022, nine U.S. states have enacted or passed surgical smoke evacuation laws. These states and their status are listed in the table below [Table 1]. More than 10 other states have introduced legislation for surgical smoke regulations, including California, New Jersey, New York, Ohio, and Texas.

There are numerous organizations with information to help healthcare facilities adhere to regulations and remain compliant with local laws. Some include, but are not limited to, the American National Standards Institute (ANSI), The Joint Commission, NIOSH/Centers for Disease Control, and the Occupational Safety and Health Administration (OSHA). The AORN Clinical and Educational Resources section contains non-legislative information through its Surgical Smoke Guideline Essentials.

The use of a smoke evacuation system is not only a benefit to the health and safety of everyone in the OR it is becoming a legal requirement in a growing number of states. Advances in technology for removing surgical smoke and reducing risk are making it easier to overcome the challenge of implementing this type of device. Contact a STERIS Representative to learn more about smoke evacuation. 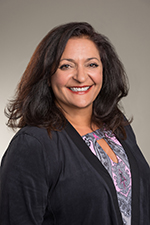 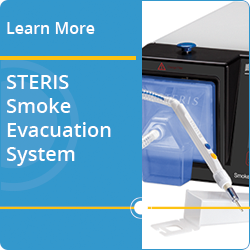